The Cherokees of Qualla Town separated from the Cherokee Nation around 1820. As a result, they were not required to emigrate to the West under the Treaty of New Echota. Working through William Holland Thomas, a white merchant, they secured state and federal guarantees of their right to remain in their homeland.

During removal, federal officers demanded assistance from the leaders of Qualla Town in locating other Cherokees who were hiding in the mountains, and the army threatened to deport the people of Qualla Town if they refused. Cherokee scouts led the army on wild goose chases through the mountains, diverting the soldiers from the fugitives’ hiding places. After the army withdrew, Cherokee fugitives joined their kinspeople at Qualla Town, and the community became the nucleus of the Eastern Band of Cherokee Indians.

Wayside exhibit is located on the grounds of the Museum of the Cherokee Indian. 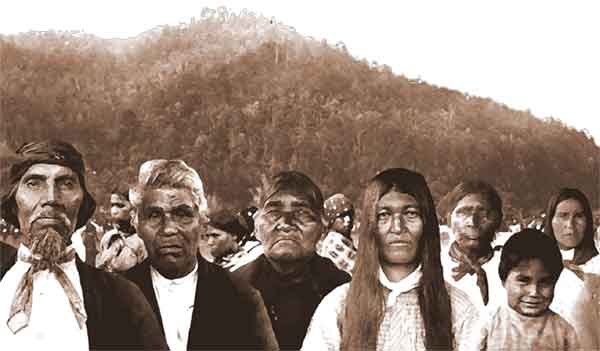