The first Removal operation by the military in Western North Carolina involved Creek Indians, rather than Cherokees. In 1837, around five hundred Creeks sought refuge in the Cherokee Nation, as the United States worked to complete Creek Removal. Tennessee Volunteers, operating out of Fort Armistead, captured around one hundred of these Creek fugitives in the Hanging Dog Mountains of Western North Carolina. This operation convinced military leaders of the need to construct Fort Butler, which subsequently served as the headquarters for Cherokee Removal in Western North Carolina. A year later, in 1838, Cherokees also sought to avoid Removal by hiding in the Hanging Dog Mountains. 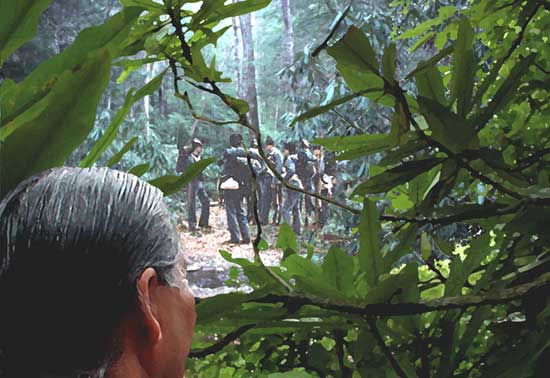