In May 1838, North Carolina troops established Fort Montgomery to serve as a base of operations for the removal of Cherokees from communities in the Cheoah River Valley. By mid-June, they had gathered several hundred prisoners, but delayed moving them due to a deadly outbreak of whooping cough. Two weeks later, the troops marched the survivors on the army road over Snowbird Mountain to Valleytown (present-day Andrews) and, from there, to Fort Butler (present-day Murphy).

Many Cherokees from the Cheoah River area eluded capture, hiding in the Snowbird and Yellow Creek mountains. After the troops departed, the fugitives returned to the valley and reestablished the Buffalo Town community under the leadership of Dickageeska. Their descendants now form the Snowbird community in Graham County. 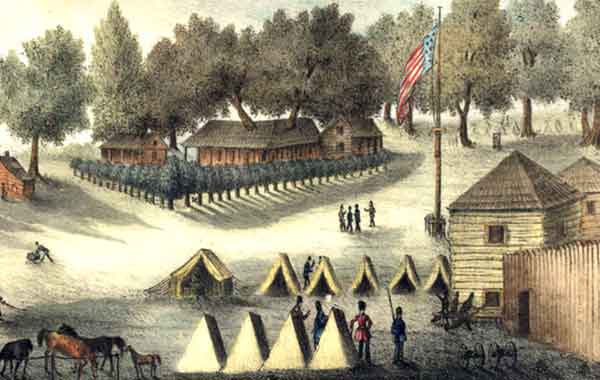